With final presentations slated for the month of April, students in the NC State Master of Science in Analytics’ 23 practicum teams are now concentrating much of their energy on their eight-month-long projects sponsored by diverse organizations. This month, we’d like you to meet the Putnam Investments practicum team. Founded in 1937, Boston-headquartered Putnam is a leading global money management firm. At the end of April 2017, Putnam had $162 billion in assets under management. This is Putnam Investments’ third year as an MSA practicum project sponsor.
“My favorite part of the practicum project is getting to work with my team throughout the program,” said Morgan Groves, Team Lead. “We have the opportunity to solve a complex problem while getting to know each other and grow throughout the process. Each team member brings individual talent and allows for a multi-faceted approach to solving the problem. We have been able to deliver quality work to Putnam while making lifelong memories along the way.” 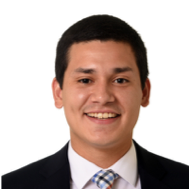 Originally from Belize, Richy Castellanos studied mathematics at Campbell University. An undergraduate project wherein he analyzed basketball players’ heart rate data over the course of 63 practices piqued Richy’s interest in data science. While working for a construction subcontractor that specialized in wood restoration, Richy used his zeal for data analysis to formulate bids for jobs and budget estimates for projects. In his free time, Richy enjoys playing pickup soccer with friends, collecting t-shirts, and getting his hands dirty with yard work and small carpentry jobs. 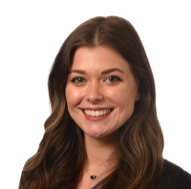 After completing a bachelor’s degree in business administration at NC State, Morgan Groves worked at IBM for five years as an analyst, process engineer, and consultant. She interfaced with both internal and external clients to solve complex problems, reinvent organizational structure, and use cognitive software to more efficiently provide visibility to data across the enterprise on a single platform. She completed IBM’s Lean Six Sigma Black Belt training and taught others Design Thinking and Agile methodologies. Morgan’s passion project outside of her career is co-leading a local contemporary dance company. 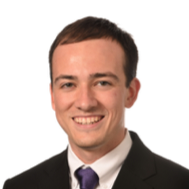 Brady Sowers is an avid adventurer. During college, he studied aboard a German ship and traveled to eleven countries across three continents through the Semester at Sea program. He also expands his curiosity about the world through data analysis. One of his favorite undergraduate projects involved building logistic regression models to quantify the impact of weather on NFL team offensive performances. As a mathematics and statistics major at UNC Wilmington, he served as a tutor for almost every course the university offered in those subjects. In his free time, Brady enjoys playing tennis and strategic board games. 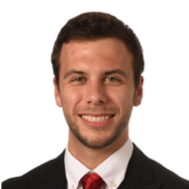 As a mathematical sciences major at Clemson University, Matt Trombley discovered his passion for data science when he took a statistical programming class using R and SAS. He broadened his skills through an internship with Epic Games, where he worked with billions of data records from game development and marketing databases. He also completed a project with Clemson’s championship-winning football team analyzing game data and attempting predictive play calling. For fun, Matt loves working on his Jeep, taking trips with family and friends, and creating videos of their adventures. 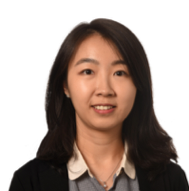 One of the most exciting decisions Chenhui Zhang ever made was to pursue dual bachelor’s degrees in statistics (at China’s Xiamen University) and business (at Ireland’s University College Dublin), as her studies helped develop her data-driven approach to solving business problems. In her senior thesis, she web-scraped a dataset of 48,000+ Kickstarter.com campaigns and built models to forecast whether a campaign can be successfully funded before its launch. Following graduation, she interned as a data analyst at ZBJ.com, a unicorn internet company in China. Outside of work, Chenhui loves cooking, traveling, and telling stories through photography.